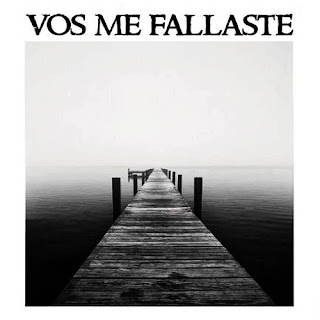 I am admittedly not too well versed in the South American Hardcore scene. I am very familiar with a lot of the anarcho and crust bands from there but this kind of hardcore hasn't really been something I've dived into at all. I started checking out some bands after I streamed the Tomar Control lp that came out last year (check it out, it's great!) and came across bands like En Mi Defensa, Vieja Escuela, Las Palabras Queman and Vos Me Fallaste. I imagine those bands are staples in their scene and very well known but they were brand new to me. They're from the straightedge side of the scene which isn't really a scene I'm familiar with, even out here. I've been straightedge for half my life but never really got into the bands. Shit, I've only been to like 3 straightedge shows in my life! Ask me to name an active sxe band from LA, I can't!

Vos Me Fallaste stood out to me the most because of their lyrics, they're very personal and the vocals are absolutely perfect for them. Frustrated and desperate at times. Musically I kind of hear something similar to Verse but I've never been good at comparisons. It's really disappointing that they only recorded 1 record but it's also kind of enough?

https://app.box.com/s/tv09i3t1vbyfhn86he6ltsdohifcfit8
Posted by Nuestra Rabia at 10:09 PM No comments: 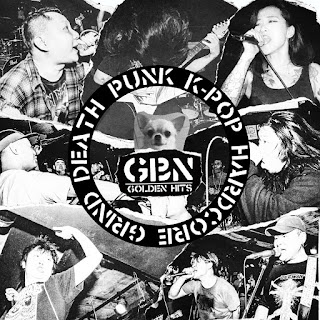 This is a compilation of Korean hardcore released as a benefit for the GBN Live House and it fucking kicks ass! I highly recommend everyone go check it out and buy it! It's super cheap and is for a great cause, all of the money goes to GBN and they really need it as they have suffered some major flooding. This is also a great gateway to a bunch of Korean bands you otherwise would've never heard of! I am super excited to look deeper into Look and Listen!

Please check it out and support the venue and bands!

https://gbnlivehouse.bandcamp.com/releases
Posted by Nuestra Rabia at 10:30 PM No comments: 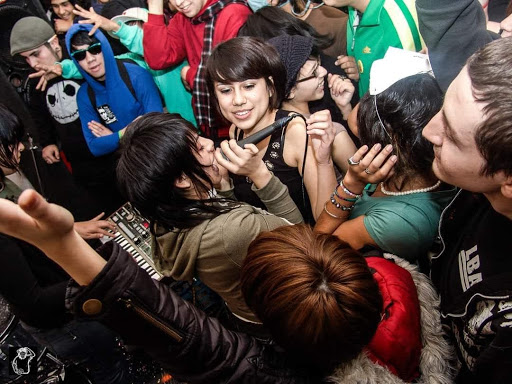 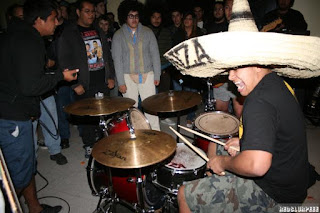 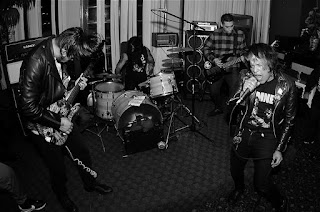 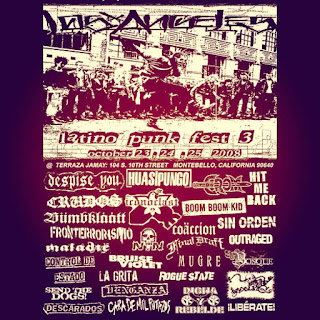 It's been 10 years since this took place. This line up still blows my mind! The weekend was amazing and although it didn't end well, it was still incredible to see so many people from so many places. It actually felt like there was a real sense of community. There were a couple of pre-shows that were also really fun and another thing that really stood out to me was just how much good merch there was!

Here are a few notes of some things I remember from this weekend:

-I had just gotten my first job a few months before this show and almost got fired because I called off all 3 days.

-¡Libérate! and I released the 'Amor Y Pasion' 7" just in time for this weekend. We all chipped in for it and were able to get it done for pretty cheap. It's still one of my favorite records and I'm pretty proud to have been involved in it.

-Venganza opened up the show and it was nothing but homies in the front. Same for ¡Libérate! on the third day when they opened and we were all wearing our red ¡Libérate! shirts. Sick cheerleader section.

-Descarados didn't end up playing for some reason. They were also supposed to play a pre-show the day before the fest started but the power went out at the venue after Asko played. I finally got to see them play maybe like a year or two later.

-I'm not sure if Send The Dogs played because their singer Oscar had just been hit by a car like a week before the fest.

-Austin (Blazing Eye) gave me a copy of the Asko tape which was the first Silenzio Statico release. Within a few months, the bands and people involved in the Silenzio Statico collective would make their mark and put the hood on the map.

-The venue got greedy and oversold the show on the third night. Crudos, Despise You and Crom were set to headline but the show got shut down right after Coaccion played. The cops were initially called in by neighbors because the "punks" were too cool to go inside and catch all the bands. All they wanted was to get wasted and see Crudos. Fuck you guys.

-Sergio from ¡Libérate! and a few other people tried to get everyone to sit down and show the fire marshals and cops that although the show was over capacity, that the crowd was under control. It obviously didn't work.

-There was a makeup show for the last 3 bands that weren't able to play. It happened in December but unfortunately the people that had traveled to the fest didn't get to enjoy it. I had to watch the show from the back because I tore my knee up bombing the hill at Universal Studios on my skateboard. Shitty timing on my part.


Posted by Nuestra Rabia at 8:59 PM No comments: